How Scammers Operate In The Air Duct Cleaning Industry

Often, in Canada, a day can’t go by without getting a call from Air Duct Cleaning telemarketers.

Sometimes, you can even get a call at the most inappropriate time. 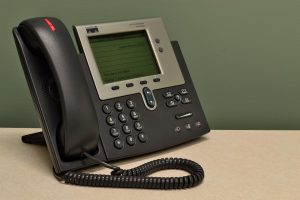 Surprisingly, some companies are responsible for the plethora of calls since they actually outsource from foreign call centers to make these calls.

In fact, in March 2015, there were nine companies in the Greater Toronto Area that were suspected of violating telemarketing laws mandated by CRTC, the government agency that is responsible for tackling issues pertaining to Canadian telecommunications industry. These companies were making illegal calls about air duct cleaning to bring in business. As reported by The Record, while in the end, all nine companies had to pay hefty fines and their actions were made public by the CRTC, they had already done some significant damage to the legal duct cleaning industry.

So, how do scammers operate? Often, scammers will use the bait and switch tactic. This is a scamming technique where scammers make unsolicited calls to customers by spoofing numbers from a list of phone numbers that appear to be from a given area. Ones they trick the customer into picking up their call, they offer cheap deals for air duct cleaning services which typically ranges from $300 to $325 for two hours. The customer gets hooked and goes ahead to make an appointment. However, when the contractors arrive at the customer’s home, they add extra charges and reveal hidden fees to their services and the homeowner ends up paying up to at least twice the initially quoted price.

Tips to Protect Yourself

1. Is the offer too cheap as compared to the current market prices? If so, exercise caution. Air duct cleaning services form a reputable company aren’t usually cheap, but the quality of work is generally worth your money.

2. Make it a habit to thoroughly go through the fine print before signing any contract. Ensure that you spot hidden charges as well as services and products included in the price.

4. If you get a call and you are sure that you didn’t give out your number to the caller, don’t wait to be hooked by their enticing offers, hang-up immediately.

5. Download a reputable caller ID and scam blocking app that will block scam calls from going through.